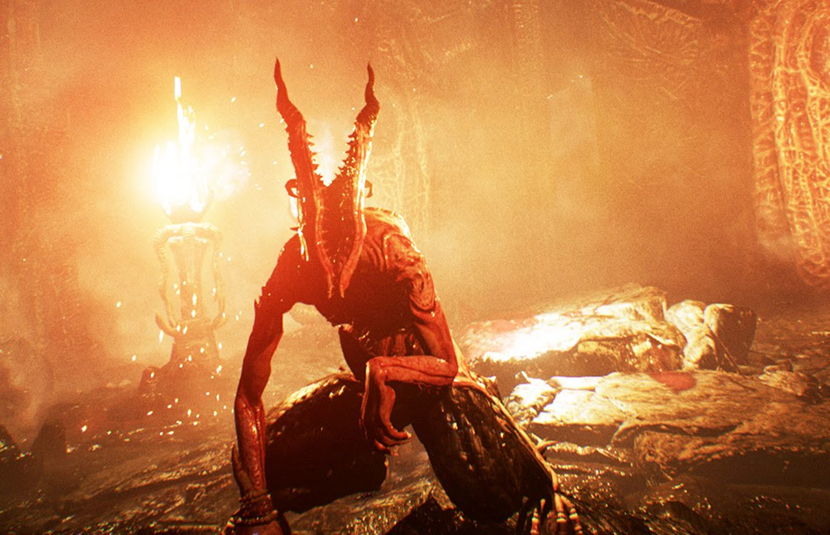 What struck me most about this game is how much media coverage it has already received based purely on the nature of its content. This got me to thinking about the purpose of video games and the reason to play them.

It’s certainly not new news that video games have come under fire for inciting violent behaviour in children. There has been much debate and no conclusive evidence has ever been found to prove such statements. However, I can’t help but feel that if I wasn’t an avid gamer and knew about all the fantastic, poignant, and clever video games out there, for the uninitiated this game looks pretty terrifying!

Firstly, Agony is set in hell, so the idea of not having graphic, well… everything… just wouldn’t be in keeping with the context. Whoever heard of a mild hell after all? Next, I have no doubt that this game will have an 18 rating, so the whole violence in children argument is a moot point to me. What I have to wonder is do we really need another ultra-violent game on the market? I can’t help but feel the developers knew the kind of response a game of this nature would receive in the press and banked on that to sell a few more copies.

Honestly, if you’re squeamish don’t even bother to watch the trailer. From what I’ve read this game has an in for a penny in for a pound attitude. What annoys me most about Agony is myself. It’s that morbid sense of curiosity to know just how far someone is willing to take the depravity that makes a small part of me want to play it. It’s like peeking through your fingers during a horror movie; you don’t want to watch but you can’t look away. Yet, at the same time I’d much rather be giving my time to the Life is Strange titles on the market.

I’ve played many a game with violent aspects, and enjoyed a fair few, but I also think about those gems that will likely get forgotten in favour of coverage for games like this. Sex and violence sell unfortunately, making something clever? Possibly not so much. Obviously, this is the same across all creative mediums and I’m not blanketing to say that making an ultra-violent movie, game, or whatever means that it’s not worth playing or watching, I just wish they weren’t often the poster boys and girls of their respective fields. If the violence has a context and enhances the gameplay and user experience, perfect! If it’s violence for violence’s sake what’s the point?